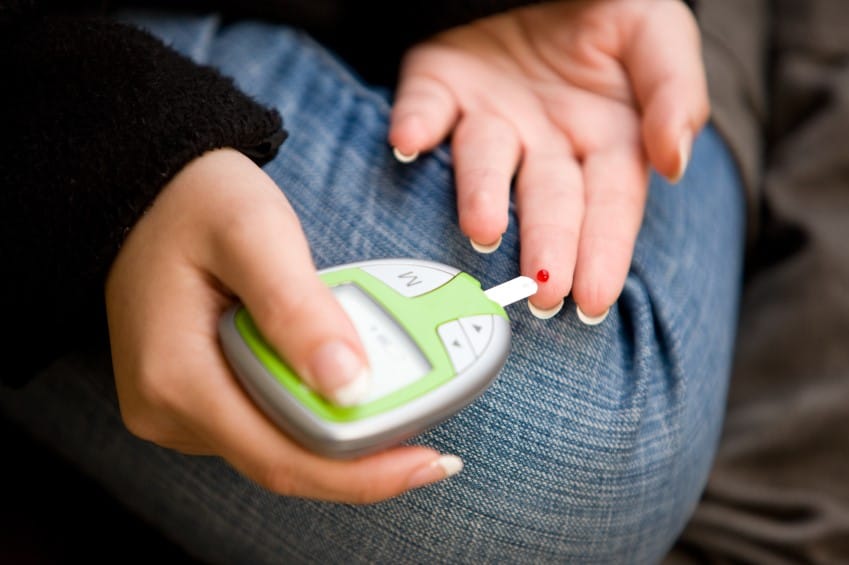 A study by Cleveland Clinic researchers shows bariatric surgery is a highly effective and durable treatment for type 2 diabetes in obese patients, enabling nearly all surgical patients to be free of insulin and many to be free of all diabetic medications three years after surgery.

The STAMPEDE (Surgical Therapy And Medications Potentially Eradicate Diabetes Efficiently) trial was simultaneously published in The New England Journal of Medicine and presented today at the Annual Scientific Session of the American College of Cardiology in Washington, D.C.

The study also shows that bariatric surgery patients experienced an improvement in quality of life and a reduction in the need for cardiovascular medications to control blood pressure and cholesterol compared to those receiving medical therapy. As a result, patients in the surgery groups used less cardiovascular and glucose-lowering medications – 5 to 10 percent were on insulin compared to 55 percent of the patients in the medical therapy group.

Obesity is the main trigger for type 2 diabetes. Given that an estimated one in every three adults in the United States is obese, health experts developed the term “diabesity” to talk about this epidemic. According to the American Diabetes Association, as many as one in three American adults will have diabetes in 2050 if present trends continue.

“We see patients whose lives are ravaged by diabetes. At the three-year mark, this study shows that bariatric surgery is more effective with persistent benefits noted up to 3 years for treating type 2 diabetes in moderate and severely obese patients when compared to medical therapy,” said Sangeeta Kashyap, M.D., one of the lead investigators and an endocrinologist at Cleveland Clinic’s Endocrinology & Metabolism Institute. “More than 90 percent of the patients who underwent bariatric surgery were able to lose 25 percent of their body weight and control their diabetes without the use of insulin and multiple diabetes drugs.”

Effectiveness was gauged by the percentage of patients who achieved blood sugar control, defined in this study as hemoglobin HbA1c level of less than or equal to 6.0 percent – a more aggressive target than the American Diabetes Association’s guidelines. HbA1c is a standard laboratory test that reflects average blood sugar over three months.

After three years, researchers were also able to evaluate the impact of diabetes and obesity on the patients’ quality of life using a validated questionnaire (SF-36, Rand Corp.). Data show significant improvements in five of eight mental and physical domains for patients in the gastric bypass group and two of eight domains for the patients in the sleeve gastrectomy group. There was no improvement in the medical therapy group.

“We looked at quality of life, because ultimately it is all about helping our patients live a healthier, happier life,” said Dr. Schauer. “When compared to sleeve gastrectomy and medical therapy, gastric bypass patients achieved greater weight loss, were on fewer medications, had a higher success rate in controlling their diabetes, and an improved quality of life.”

In addition, new data looked at kidney function, measured by the amount of albumin in the urine and a marker of kidney damage due to diabetes. Albumin level was significantly lower in the gastric bypass group only.

Cleveland Clinic researchers have been at the forefront of research in this field. In addition to leading the STAMPEDE trial, pioneering Cleveland Clinic-led research includes a study showing for the first time that bariatric surgery can markedly improve type 1 diabetes, with some patients reducing their insulin intake by more than 60 percent. The results were published in the March 2014 issue of Diabetes Care.

Further research is needed to continue to advance the study of bariatric surgery as a treatment option for patients with diabetes.

More information on the STAMPEDE clinical trial can be found at clevelandclinic.org/stampede.

The STAMPEDE study was funded by Ethicon, part of the Johnson & Johnson family of companies, through its Metabolic Applied Research Strategy (MARS) program. The NIH grant number is R01 DK089547.

Dr. Schauer is a paid consultant for Ethicon.

Cleveland Clinic is a nonprofit multispecialty academic medical center that integrates clinical and hospital care with research and education. Located in Cleveland, Ohio, it was founded in 1921 by four renowned physicians with a vision of providing outstanding patient care based upon the principles of cooperation, compassion and innovation. Cleveland Clinic has pioneered many medical breakthroughs, including coronary artery bypass surgery and the first face transplant in the United States. U.S.News & World Report consistently names Cleveland Clinic as one of the nation’s best hospitals in its annual “America’s Best Hospitals” survey. More than 3,000 full-time salaried physicians and researchers and 11,000 nurses represent 120 medical specialties and subspecialties. The Cleveland Clinic health system includes a main campus near downtown Cleveland, eight community hospitals, more than 75 Northern Ohio outpatient locations, including 16 full-service Family Health Centers, Cleveland Clinic Florida, the Lou Ruvo Center for Brain Health in Las Vegas, Cleveland Clinic Canada, and, currently under construction, Cleveland Clinic Abu Dhabi. In 2012, there were 5.1 million outpatient visits throughout the Cleveland Clinic health system and 157,000 hospital admissions. Patients came for treatment from every state and from more than 130 countries.

I went in for surgery. An hour later, I came out a new man.

Everybody treated me like a king. The day of surgery, I was excited. The hospital couldn’t be any nicer. I went in for surgery. An hour later, I came out a new man. My recovery was awesome. I was out of bed that day. My wife and kids were my motivation on getting this surgery. They are my whole life. I’m happy I’m going to be around for them.

I hit my goal weight ... and I feel fabulous

I had the gastric bypass. I am Type 2 Diabetic and I wanted to gain control of my sugar. I hit my goal weight in about 5 and half months and I feel fabulous. The procedure has completely changed my life for the better because it has empowered me as a middle aged woman that I can really do everything and anything that I want to do. I don't put an age on anything. I don't say I'm too old for something.

I knew if I didn't change something soon, I was going to be in a lot of trouble. The consultation process was a lot easier than I expected. I was met with open arms. I was treated like I was the only patient here. Not only did they answer all of my questions, they had questions for me to make sure I was the right candidate for the surgery. After surgery and that weight started dropping off, my life started changing for the better.

I had the gastric sleeve procedure. The driving factor behind me getting this procedure was my health. I didn't feel good physically or mentally. I had joint pains, even standing was difficult sometimes. Emotionally, this surgery completely turned my life around. I have so much more confidence. So much more happiness. I feel like a completely different person. I feel stronger. I feel able to accomplish more.

It saved my life.

The driving factor behind me getting my procedure was that I couldn't get up off the floor with my granddaughter. That was my why. That was my big reason for having this surgery done. After surgery, it was a little bit of a struggle with what to eat. What you put in your mouth that you don't even think about. You don't think about what you're eating or how you're eating and portion size. It's what I do now every single day. The procedure has changed my life in so many ways. It saved my life.

I am totally comfortable in my own skin.

I think I always grew up identifying myself as less than other people because I was fat. I decided to tackle that and just live my life. I had a sleeve gastrectomy. It changed how I view myself. How I communicate with people. I'm able to be much more of myself and live the life I always thought I should have been living. I am totally comfortable in my own skin. You have the tools you need to succeed here.

I have a brand new life. I can do things I couldn't do before.

I had a vertical sleeve gastrectomy because I had just become diabetic, and I had hypertension for many years. I lost a total of 157 pounds in 11 months. I have a brand new life. I can do things I couldn't do before. Everyone at New York Bariatric Group has been wonderful. They are kind. They are understanding. They make you feel comfortable. They will guide you every step of the way on your journey so that you can be successful.

Accessibility: If you are vision-impaired or have some other impairment covered by the Americans with Disabilities Act or a similar law, and you wish to discuss potential accommodations related to using this website, please contact our Accessibility Manager at 866-569-7049.
Contact Us